[One Piece] A new era of life learned from Coby

Hi! I am Ozaki. form Japan, I love One piece and I want to share the idea with people all over the world!

Coby is my favorite character in One Piece.
No, it's definitely Zoro in the Straw Hat Pirates,
Overall, my favorite is Coby. 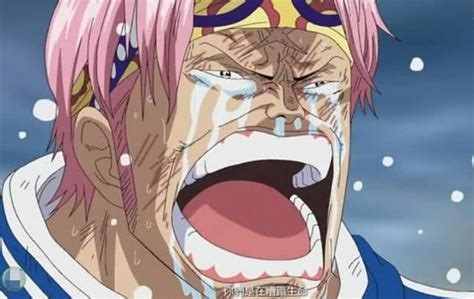 My favorite villain character is buggy.
I like the interaction between Buggy and Luffy, especially Impel Down, because it's the most interesting. The

And my favorite scene is Marine Ford.
Yes. This is where Coby is most active.

Marine Ford depicts the biggest turning point.
The story changes drastically before and after that war.

The most memorable thing about Marineford is
Smoker's
"I'm still thirsty after winning."
That line.

The war between the Navy and Whitebeard was over in a way,
Even in the Navy, those who believe in absolute justice (red dogs and lieutenant generals) should eradicate pirates! That said, I won't stop fighting.

Meanwhile, there were some people in the Navy who felt uncomfortable.

The Navy is not a monolith,
I think there are old and new era types.

The old-fashioned type
Those who believe in absolute justice (red dogs),

In short, I think those who had a sense of discomfort on the battlefield are new eras.

In Marineford, it becomes quite chaotic after Ace dies.
Blackbeard and Sengoku are banging,
Marco and the red dogs are banging,
It's really chaotic.

Chaotic, in it
"This is something strange"
"Something is wrong"
I think that the character who felt uncomfortable will be the key in the future story.

Let's apply this to the world today.
What is it suddenly? It may feel like that,
The situation at Marineford is quite similar to the current situation.

for example,
Even one corona
Those who refrain from doing it, those who do not
Vaccine hitting group, non-vaccine group
It is divided into two with various ideas,
It is a state of ideological war.

The world is swirling with anxiety, and I think it's quite chaotic.

Isn't there a need for a Coby-like person in such a situation?
I think.
In short, "something is wrong" with the world
Isn't it necessary to have someone who feels uncomfortable and breaks in between the places where they are doing bangs?
When.

Perhaps such a person can play an active part in the new era,
It's really important to have a sense of discomfort.

Also, I think it is necessary for old-fashioned people to break away from the monotheistic good-evil dualism.
There is no source or child if you lose sight of the original purpose of justice by prescribing too much absolute justice with good and evil.

The symbol of pursuing absolute justice is the red dog, and I think that many people feel uncomfortable with the red dog.

However, in fact, there are quite a few people who are like red dogs, and even if I read articles on the Internet, I sometimes see people who have a fairly biased speech.
Such people can only believe what they want to believe.

In the book "Philosophy of Study"

The author wrote that studying is self-destruction, I see. I think.
When you study, your values ​​before you do it will be destroyed.
I realize that what I was thinking was wrong.

This is the same as destroying yourself.

Confucius also says something similar in the analects.
When I learn, I sometimes learn this, and I don't know what the theory is.

In the interpretation of the transliteration theory, this is translated as follows.

"The lessons that are painless are meaningless.
Because one cannot get anything without sacrificing something.

But when I got over it and made it my own,
One will get an irreplaceable steel heart. "
by fullmetal alchemist

I've been confusing because I quoted too much

A person who can creatively destroy is a Coby person.
Coby has both a pirate teacher named Luffy and a naval teacher named Garp.
It is Coby who is learning from both.

It is a Coby-like person who learns the opposite of what he wants to believe.

Certainly, I'm not without bias, and I'm biased to some extent.
However, when it comes to cases that are for or against.
I try to listen to both opinions in the open
Is it possible to integrate both as much as possible? I try to have the viewpoint.

Why don't you all aim for a new era of Coby-like human beings?

Login to quote this blog

You cannot quote because this article is private.